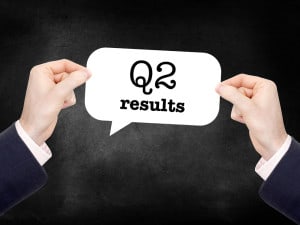 After another harsh winter, the American economy is stabilizing and beginning to shrug off concerns of a prolonged slowdown or recession.

According to the latest economic gauges, industrial production is increasing, inflation is firming, and the housing sector is continuing to pick up momentum. All of these factors, combined with data reflecting retail sales rebounds, job gains, and rising consumer confidence, point to improved — though still less than spectacular — growth potential for the second quarter of 2016.

Fed officials afraid of financial market volatility and poorly performing overseas economies have kept a steady hand on short-term interest rates throughout 2016. A domestic growth rebound in Q2 could be just the inspiration they’ve been looking for to raise rates this summer. Their next opportunities come at the policy meetings scheduled for June, July, and September.

John Williams, President of the San Francisco Fed, recently told the Wall Street Journal that the data is starting to make a strong case for rate increases not just in June, but potentially more than once in the next few policy meetings.

Despite Positives, Some Forecasters Remain Cautious

First quarter 2016 gross domestic product (GDP) increased only 0.5 percent over Q1 2015, but growth might be poised to accelerate.

Since the end of the recession, Q1 GDP growth has consistently been weak, followed by a rebound in Q2. The latest reports of modest but definite growth in highly important sectors would suggest that the same pattern is about to repeat itself in 2016.

Macroeconomic Advisers, a forecasting firm, estimates that GDP will expand at a rate of 2.3 percent this quarter. The Federal Reserve Bank of Atlanta estimated an even higher growth rate of 2.5 percent.

However, it’s not all sunshine and roses. Despite all the positive data starting to roll in, many forecasters are still leery about the economy’s current health as well as its general outlook for the future. Earlier in May, a Wall Street Journal survey of economists revealed an estimated 20 percent chance of a recession taking place in the U.S. sometime in the next 12 months.

For qualified clients, we provide purchase order factoring, single invoice factoring and full-contract factoring for work performed under contract with credit-worthy accounts. We have highly experienced professionals on staff to facilitate the purchase of work in progress and progress billing-related accounts receivable. To learn more, please visit our homepage.

No, thank you.
Secured by Cloudflare