Home / Blog / Could the CFPB be Reformed by Neugebauer’s Bill? Could the CFPB be Reformed by Neugebauer’s Bill? 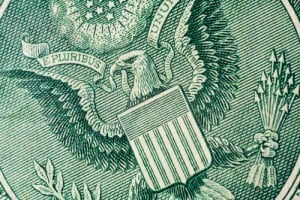 Over the past few years, there have been attempts to change the composition of the Consumer Financial Protection Bureau (CFPB), even its name. Now, a new bill might truly pass Congress.

Introduced by Republican Representative Randy Neugebauer for the state of Texas, H.R. 1266 would create a five-member commission structure to lead the CFPB, which is currently headed by Director Richard Cordray.

Neugebauer’s proposed bill lays out the framework for creating a bipartisan commission leadership structure. Included in the bill is a provision that no more than three commissioners can be members of one political party. This is so that there are not coinciding vacancies when terms end.

Additionally, Neugebauer’s bill readjusts CFPB executives’ pay to the federal scale as well as creates an official seal for the agency. There is also a proposal to change the name of the CFPB to the Financial Products Safety Commission.

Much support has already been garnered for Neugebauer’s bill. The legislation was introduced with 20 initial co-sponsors, all Republicans and all members of the House Financial Services Committee, on which Neugebauer serves.

A coalition of banking and business groups including the American Bankers Association and the U.S. Chamber of Commerce expressed their support in a letter that read, “We believe that a five-member commission, as Congress originally intended, will better balance consumer access to financial products with the need to ensure a fair marketplace.”

Because Republicans control the Senate, a bill passed by the House is expected to pass even without Democratic backing. However, a coalition of more than 300 interest groups is in strong opposition to the bill, defending the CFPB.